Friends, recently we lost our former Portland Local President Robert Blanche to a long-fought struggle with a pulmonary disease and subsequent lung transplant. Robert battled his illness and strove for wellness after the transplant with every fiber of his being, but ultimately he succumbed, leaving his loving wife Christine and his daughters Haley, Emily, Carly, Audrey and Miette. 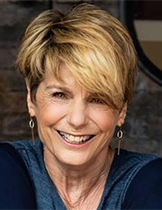 I know Robert faced his final quest with courage, optimism and faith, because that’s how he took on every aspect of his life. From raising his girls to rising as a star on screen to revolutionizing the Portland Local during his stint on the board as member — and later as president for two terms — Robert rushed at life with hard work and hope.
Robert’s courage informed his stance that every union sister and brother is worthy of her or his rate, that expecting our contract agreements to be fulfilled is our responsibility, and that demanding that our working conditions are met is our right. His optimism drafted an army of pre-union members to join and encouraged union members to always try and flip jobs to union status. His vision for our local was one of energetic, educated and dedicated professionals; one that was growing in number and in union employers. Robert’s faith was in us and in each and all of his union family in Portland, and nationwide. He believed that we were strong, united and dedicated to protecting our union — and each other.

He was right about that, as his own passing shows. Together, we raised funds for Robert and his family several times. We painted and repaired his home to welcome him, Christine and the little girls back. We brought food. And finally, we supported Robert’s celebration of life.

Robert wouldn’t be surprised at all of this, you know. He’d done as much and more for many of us in the past (me included). He would come to the rescue with a grin and, in that husky voice, say, “Hey, everything’s going to be OK!” He expected nothing less of himself and his union sisters and brothers.

We’ll miss Robert forever. Our job now is to keep an eye on his family, give support to Christine and be union godparents to his girls. As importantly, our job is to embrace Robert’s courage, optimism and faith as our own, and to know that every time we reach out to a sister or brother, Robert is alongside us, helping us take hands and reminding us that we are family.

By Mary McDonald-Lewis for the Portland Local newsletter.