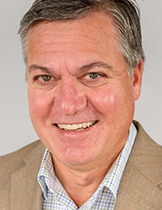 The industry we work in is rapidly changing. Witness the continued mergers and acquisitions that are happening. The recent launch of Disney Plus is a perfect example. Our employers are becoming more powerful and fewer in number, and technology is rapidly changing as well. At the recent CES, formerly known as the Consumer Electronics Show, which is held in Las Vegas annually, there were not only the latest TVs, computers and video recorders on display. Companies were also showcasing technologies that will impact our industry.

Consider Neon, Samsung’s AI-driven artificial humans. They are self-learning, and I saw a video of one doing a fairly realistic “screen test” after only four month’s work. And, yes, they are capable of showing emotion. Think you can’t cry on cue? Well they can. And Sony has been working on an autonomous vehicle that can travel around driverless, taking videos of areas, then translating the video into background shots that are 100% scalable, meaning if the camera zooms in or out, the background changes seamlessly with it. This will mean our employers no longer have to truck production equipment, personnel and actors to remote locations. And then there is technology that can sample your voice and then use it to artificially voice commercials or other things. Again, scary stuff. So, there are big changes coming, and we need to be ahead of the curve in making sure we have a seat at the table. Our members can play a part, not just watch from the sidelines.

We have a huge contract negotiation coming up: TV/Theatrical. This is a very big and very important contract. Strong leadership at the table will be key. Stay tuned.

And lastly, I want to mention that we are now officially a part of the St. Louis Labor Council.   The labor council comprises many of the AFL-CIO trade unions in St. Louis, and it works in partnership with the other locals around the state. I am the delegate representing SAG-AFTRA.  At our last meeting, the head of the council, Pat White, talked about bills in the hopper in the Missouri Legislature in Jefferson City. Unfortunately, right-to-work has been reintroduced, and there are also approximately 100 other bills that have been submitted that are unfavorable to workers. Unions and working families are under attack now more than ever. Hopefully, many of these bills will die in committee, but there is no guarantee that some of them won’t make it to the House and Senate for consideration. Let’s hope we are not faced with an onslaught of laws that will make it harder for all of our union brothers and sisters to make a living wage and provide for their families.