I was on set the other day, when I overheard some actors spouting misinformation about union membership. Before correcting the many myths they dispensed, I reflected on exactly why I am here in Texas, a so-called “right-to–work” state, when I could just move back to Hollywood. 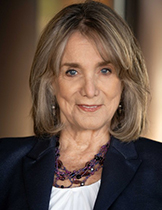 That got me thinking about the SAG-AFTRA Founders Awards presented at the National Board meeting in Los Angeles last October. Four members were honored for their outstanding service to our union, each of whom have been legacy Screen Actors Guild or AFTRA members since the 1930s. Each shared or sent their thoughts about membership and on how our union began.

June Lockhart. You might remember Lockhart from late-night reruns of iconic classics Lassie and Lost in Space. A union member for 81 years, Lockhart joined AFTRA’s predecessor union AFRA in 1938 — at the age of 12. Two years later, she became a member of Screen Actors Guild. Lockhart was also active in many humanitarian causes. Alongside Ronald Reagan, she accepted a plaque in 1949 from the U.S. Air Force in recognition of 32 professional entertainers who died while on tour entertaining military troops overseas and at home during World War II. In 1983, Lockhart brought attention to the Equal Rights Amendment via the SAG and AFTRA Women’s Committees. Since she could not attend the Founders ceremony in person, she sent this message, delivered on her behalf by her longtime publicist: “Support each other, protect each other and never miss a chance to vote.”

Norman Lloyd. Lloyd is so entrenched in our industry that in 2014, Los Angeles declared Norman Lloyd Day. He is most widely recognized for his role as Dr. Daniel Auschlander on the television series St. Elsewhere. He had a long professional relationship with Alfred Hitchcock, including the title role in the 1942 feature Saboteur, and he also directed several episodes of Alfred Hitchcock Presents. Accepting the Founders Award, he said, “I remember when I joined the Screen Actors Guild. Without the Guild, we would be hamburger. That we had the Guild and that it was always there for us is something to treasure in our long careers.” Last November, he turned 104, and he is still working.

Barbara Perry. In 1934, Perry joined SAG, before our union had a contract with the MPAA. She signed her application just before her 13th birthday, despite starting her professional career nine years earlier. By the mid-1930s, Perry was believed to be the only child actor who had performed in an opera, on stage, concert, radio, screen and the new-fangled era of the ever-evolving television. During World War II, she entertained the troops at USO shows. More recently, she appeared with comedian Louie Anderson in the FX series Baskets.

Marsha Hunt. A member for over 80 years, Hunt joined SAG in 1938, less than a year after the union’s first studio contract was initiated. Hunt joined the National Board in 1945 and served under then-union-presidents George Murphy, Robert Montgomery and Ronald Reagan. She publicly supported “the Hollywood 10” during their appearance before the House Committee on Un-American Activities in 1947. Because of this fearless stance, she found herself on the Hollywood blacklist, and her career on camera ended.

Young actors surrounding me on set that day, in a now-larger circle, were reminded of the different conditions they were receiving on this union set as compared to non-union sets. I indicated that our dues permit these actors to receive fair pay, good working conditions and a safe set because of the founders’ work to create this union. We discussed the importance of membership in defining a career versus a hobby, increasing incentives in Texas, the growing work opportunities in New Mexico and the new contract secured with Telemundo.

Just then, the P.A. called us all back to the set. It was then I realized that it is up to us, as members, to educate pre-members on the benefits of union membership. We really do have a union that has our back— enforcing contracts, setting safety standards, launching new contracts like the regional commercials code and the Short Project Agreement and giving producers more opportunities to hire us.

As I joined the others back to first position, I smiled. Like our union founders, I am passing the baton forward. What will be your legacy?

In solidarity,
Pamela Weaver
Houston-Austin President and National Board Member