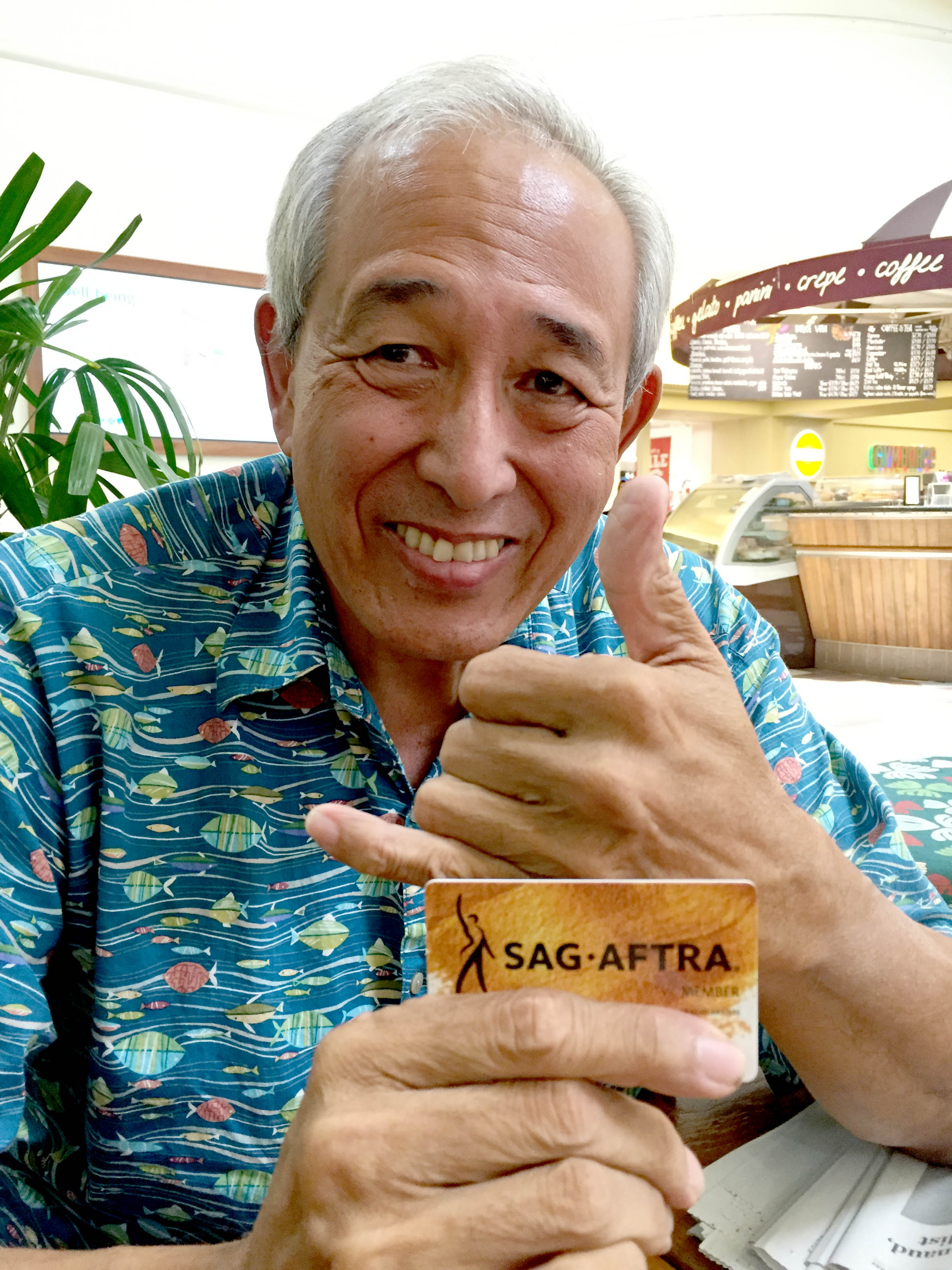 Dennis Chun currently plays Sgt. Duke Lukela on Hawaii Five-0 and has served on both the legacy Hawaii AFTRA and SAG-AFTRA boards of directors.

A SAG member since the 1970s, he feels that membership is a blessing. “SAG-AFTRA gives you a chance to meet with — and give you the support of — fellow actors, because acting is a very different world and most people who do not live in that world would not understand the trials, tribulations and challenges that actors face,” he said.

He has great respect for Five-0 producer Peter Lenkov and the show’s sensitivity concerning Hawaii, but says that not everyone in the industry is like Lenkov. “I once talked to a producer who said, ‘I hope the politicians understand something. I’m here because of the tax credits. Take that away and I can shoot Hawaii anywhere. I’ve got a green screen, and I can put Hawaii in [my production] anytime. I don’t need to be in Hawaii to make it work and if I want a Hawaiian actor, I’ll fly him or her up to the mainland.’”

“Hollywood is a business that has a formula,” Chun continued, “and they are not going to worry about telling Hawaii’s story the way we want them to. They are going to tell it the way it works for them. So if we want to be in control of how Hawaii’s story is told, we need to have our own writers and develop our own film industry. This is why the film department at UH and the young writers and directors are so important.”

I asked him what advice his father — Kam Fong who played Chin Ho Kelly on the original Five-0 — gave him growing up. “He told me whenever I worked on Five-0 to watch Jack [Lord who played McGarrett on the original series]. ‘He’s a professional; watch how he approaches the character and his intensity, his focus and how he knew the scene inside out.’”

His father also stressed the responsibilities to the show. “I did a stage play once, and everyone was going out to party. My father pulled me aside and said, ‘You don’t go out and party because tomorrow night you have to give another show and those people paid good money to see you. You’ve got to give them everything you’ve got. That’s your responsibility as an actor.’ He also taught me to respect the craft and my fellow actors.” That advice still holds true for him today.

We spoke about auditioning and his advice to members. “There have been days [auditioning] when I just didn’t have it because you want it so bad you put all this pressure on yourself. One day I was talking to someone in L.A. and they gave me an excellent piece of advice: ‘Don’t worry about the audition, you get to act today. Whether or not you get the part, you get to act, you get to actually live your dream, so go in there and act, do your thing, don’t worry about it and walk out and say, “You know, I got to touch my dream today.” And you will be surprised at how much better the audition will be by not putting all this pressure on yourself; you’re having fun with it.’”