This contract is tailored for regional advertisers to easily hire SAG-AFTRA performers at competitive rates with flexible terms.

Things you should know about this contract: 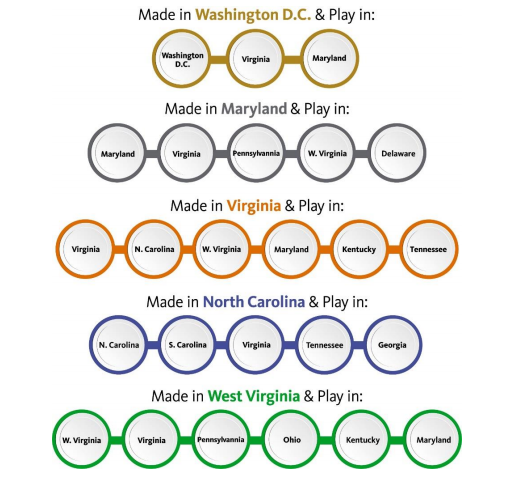 The following rates, terms, and conditions shall apply only to commercials produced within Maryland, North Carolina, Virginia, Washington D.C.* and West Virginia. Such commercials are expressly limited to use within the particular state where the production occurs, plus any of its bordering states (except California, metropolitan New York City, and metropolitan Chicago, where use under this code is never permitted.)

*For commercials produced within Washington D.C., Producer may designate either Maryland or Virginia as place of production for purposes of determining bordering states for use.

The Washington-Mid Atlantic Code shall be effective for a period commencing with the date of execution by Producer of a letter of adherence and countersigned by SAG-AFTRA and shall apply to all commercials made during its term, whenever exhibited, but not to commercials made prior to its Effective Date. The rate, terms, and conditions of the Washington-Mid Atlantic Code shall not be retroactive to any date prior to the date the letter of adherence is signed and countersigned by the parties.

Payment of the minimum session fee includes all local broadcast, internet, new media, theatrical/industrial and local cable use within the Jurisdiction of the Washington-Mid Atlantic Code. Extended or unlimited editing rights may be obtained through direct bargaining with the performer or the performer’s agent. Local internet and new media use are restricted as per Section 6 below.

Use Payment Options: Producer may acquire the right to use the commercial for periods of 13 weeks, 1 year or 21 months from the date of employment based on the flat rates set forth in the applicable Rate Sheet.

No exclusivity rights may be acquired by Producer with respect to principal performers who perform under the Washington-Mid Atlantic Code. Holding fees are not required.

The advertiser involved in the commercial must not have more than limited web sales or catalog sales outside of the Jurisdiction of the Washington-Mid Atlantic Code. Any exceptions may be granted by the Union and must be granted in writing.

7. EXPANDED TERRITORY OF USE

With notification to the Local, Producer may expand the geographical use of the commercial by including up to two states beyond what is described in Section 1; Jurisdiction. In no case shall this expanded territory include California or the metropolitan areas of New York City and Chicago. For each additional state, Producer shall pay an additional 25% of the session fee for the same term.

If 21 months have expired since the date of employment, Producer must negotiate with the Performer if they wish to extend use.

Any overtime or travel time payments will be based on the term of the initial session, however, in no case will the payment be based on more than the 13-week rate. Overtime is paid at time and a half for the 9th and 10th hour and double-time thereafter.

Producer may utilize the 13-week rate for regional PSAs where no media time is purchased and with a use period of no longer than one year.

Producer need only cover up to ten extra performers, in applicable zones, under the terms of the Washington-Mid Atlantic Code.

14. PENSION AND HEALTH/HEALTH AND RETIREMENT CONTRIBUTIONS

All performers will be notified at the time of audition and engagement that they are being employed under the terms and conditions of the Washington-Mid Atlantic Code.